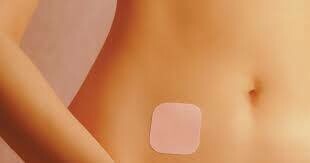 Cannabinoids are a natural component of cannabis or hemp.
CBD oil is cannabis oil that has a significant content of cannabinoids.
It is made from the flowers, leaves and stalks of hemp and not from its seeds like hemp oil.

Used for centuries as a MEDICINE.

The following strain that we have made into a transdermal patch, though very potent, does not have the euphoric affect as in smoking marijuana – it will not impede brain function or motor skills, it won’t alter senses or mood, you would not experience delusion, hallucinations or psychoses.

It is a medicine used for healing many, many health conditions, symptoms, illnesses and traumas in people and animals.

Ingredient: A strain called Stephen Hawking Kush Marijuana CBD level at 22% – which is made into a homeopathic preparation and infused into our skin patch for healing, as in natural medicine.

Save this product for later